I am sorry to have to report that my beautiful tuxie muse has passed away.  She died tonight, at the vet's, covered in hugs and kisses from Jeff and I as she took her last breaths.

I know that I posted a cautiously optimistic post a little over a month ago.  I haven't had the heart to post since then, because she has been steadily on the decline ever since.  At that time, she was eating a few nuggets of food periodically throughout the day; a little less than normal, but enough.  As the month progressed, she ate less and less.  As  of today, she hadn't had solid food in 9 days.

The vet checked her out earlier today, and found that her kidney values had more than doubled since last week, and that the fluid around her heart and lungs had increased.  We couldn't give her more medicine without making her kidneys worse.  In short, there was nothing that could be done for her except make her comfortable.

And we couldn't even do that.  We got her home, and she lapped up a little bit of milk, but didn't finish it.  (Which is a HUGE clue that all was not well in Charlotte's life.)  She kept standing up and shifting around, like cats with an excess of fluid do.  Then when we saw her sitting there, barely able to raise her head, but trying to sleep standing up, that was it.  We made the decision.  We needed to end it TONIGHT.  Making her tough it out so that we could have "one more night" with her was selfish.

And so we opted for one last act of selflessness and took her back in.

God, that's such a hard thing to do.  Even when you know that it's the right thing. 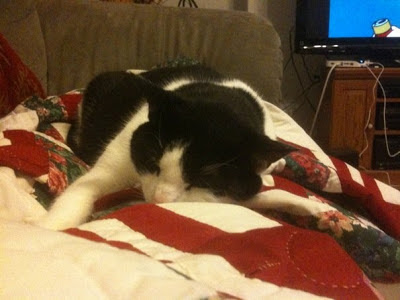 Charlotte won my heart the day that I laid eyes upon her at the shelter; a frightened, angry young tuxie, who wanted OUT of that cage and NOW.  Even when she hooked me with her claws and drug me over to her cage.  Even when she bloodied me in the "meet and greet" room when she panicked about a barking dog. 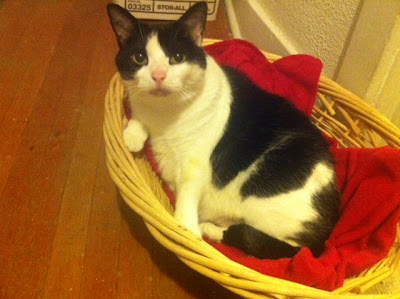 I grieve that I will no longer have her around to steal my baskets for her own purposes. 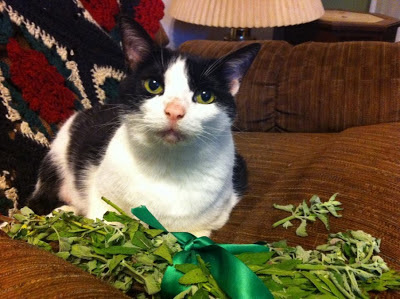 Or that she won't be able to give me such perfect photo opportunities like this one. 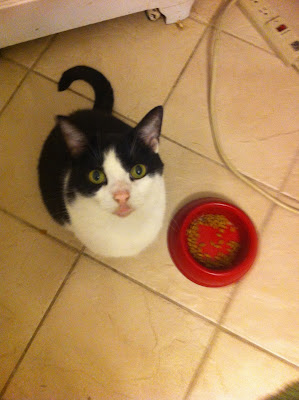 Or demand a bowl of food with her demanding, queenly "Mrrowr" noise that she would make when she was bossing us around

Whatever it was that she was doing at any given time, Charlotte was a definite presence in this house.  She was the queen. 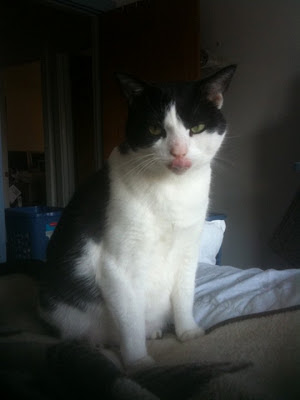 We loved her very much.  And I don't know how I'm going to cope with that.  Oh, I will, I know that we humans are good at that in the end, but we'll both feel the after-effects of this one for a good long time.

Posted by House of Carnivores at 6:50 PM