2012 was a good year for the House of Carnivores, overall.  It was certainly a lot kinder to us than 2011... not that it didn't have its low points.  We lost another family member.  We had some issues with our foster cats.  But we kept our health, we made some friends, we have jobs, we have a home, we have our fur friends.

Some of the highlights of the year: All of those cats and kittens found safe, warm homes except for one, Amelia.  Little Amelia passed away in my husband's arms, when she was 8 weeks old.  Even though she was "just a foster" this one was a blow.  We knew, intellectually, that this kind of thing just sometimes happens, especially with kittens, even though everyone did everything right, but having it actually happen to us was harder than I expected.  I swore off fostering after that happened, saying that when the rest of her litter went back, that was it. 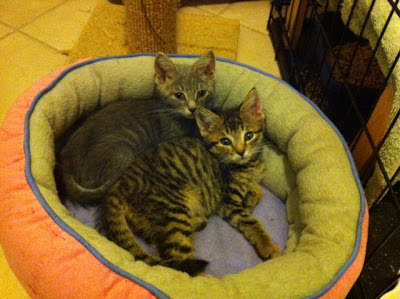 And that didn't even go as planned.  Those that follow my blog closely may remember that the remaining kittens in this litter were diagnosed with feline leukemia.  So when we took the two boys in for their neuter surgery, I did so with the expectation that I'd never see them again... they were highly adoptable:  cuddly, super-cute.  To get that phone call that they had FeLV was devastating.

So they came back to stay with me, under strict quarantine from the resident cats, until the shelter could find something to do with them.  And they found a home!  After a couple more months, during which I despaired of finding them a place, a wonderful person found this blog, and decided, over the course of several days, that it was in everyone's best interest if she took them ALL to go home to live with her and her current FeLV+ kitty.

Of course I didn't stop fostering.  We took in a group of four young adults just a few weeks later.  And although I don't currently have any fosters, I'm sure that we will do it again. 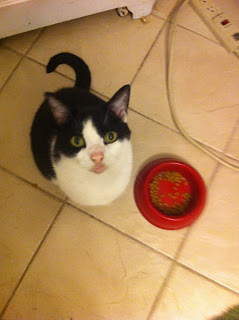 Charlotte was taken off of her heart meds.  After the vet told us that she suspected that Charlotte's congestive heart failure was a misdiagnosis, we carefully took her off of all of her medications, and watched her closely for several days.  She never did start suffering the ill-effects of not being medicated, so has been pronounced healthy.

I can't even begin to describe what this means to me... for the last three years, I've lived with the knowledge that Charlotte could die at any time.  (And I guess that's still the case; none of us get any guarantees, but the death sentence hanging over her head has been lifted.)

We have chosen to view it as the blessing that it is:  the surprise of good health where it was not expected, rather than to think of all of the vet expenses that we paid to "keep her alive."  (Though I obviously haven't forgotten that part or I wouldn't be mentioning it, haha.) 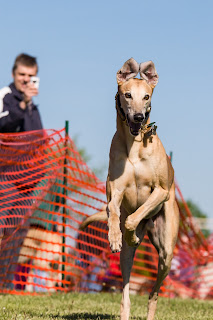 Then I realized that there was no reason to be envious.  We are adults and in a position that  if we want to make it happen, then we could just make it happen!

Gettysburg was certainly closer than Dewey Beach, so we decided to try that one first.  We had a great time, the dogs had a great time, and we came away with some wonderful memories.  I don't know if we'll be able to do something like it every year, but we're definitely interested in going back. 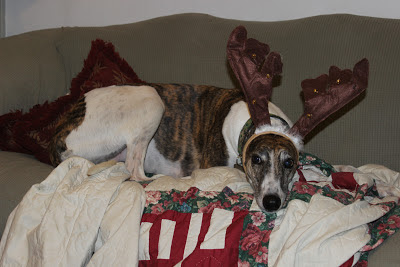 Maera celebrated her first Gotcha Day!  In July, we celebrated Maera's first anniversary in our home.  It's significant because she has come so far since that first day.

Her sparkly, sprightly personality is still there:  her joy knows no bounds and sometimes needs to be... umm... tempered.  But she snuggles with us like a champ, has stopped her "submissive urination" problem that I've wrote fairly extensively about, and has just turned into a fantastic young lady.  We couldn't possibly love her more, and she's an essential part of the household.

And like any year, there are dozens (if not hundreds) of little moments that are difficult to write about and do justice to, yet still make such a difference in our lives.  How Bit has lost her fear of the dogs, and will now willingly come into the same room with them.  How awesome it is when Argos jumps up onto the couch and curls up beside me.  Or when Charlotte, still alive, stands in front of the refrigerator and yells at me to make me get her more milk.

I look forward to 2013, and the joys and even the sorrows that it will bring.  I'm glad for all of you, with whom I can hopefully continue sharing snapshots of our lives, both the joys and the sorrows.  So... Happy New Year!  May the upcoming year be filled with joy and prosperity for you and yours.
Posted by House of Carnivores at 5:16 PM 7 comments: